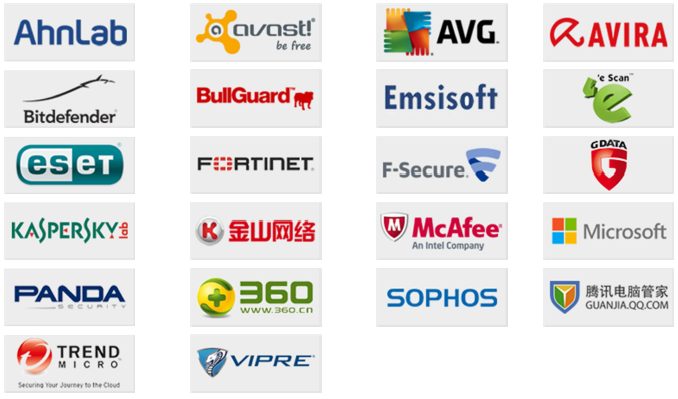 In my line of work fixing computers and coming up with ways computer can help solve business and consumer problems, I often get asked the question “what do you think is the best antivirus program?” While I have some software I like using and recommend, I am not tied to any one name because I know that over time some software gets better while others get worse. Just a note, for those of you wondering, I am not a reseller for any particular antivirus program/company, so I don’t get anything by recommending one antivirus over another. Back to the question; just what is the best antivirus program? Well, I guess it depends on how you define or measure “best.”

There is an organization out there called av-comparatives who frequently tests many security products for PC, Apple computers, and mobile devices, and rates them into four tiers: Tested, Standard, Advanced, and Advanced+. All anti-virus programs (for Windows in this particular case) are tested and reviewed based on 4 different compulsory tests: Real-World Protection Test, Performance test, File Detection Test, and False-Alarm Test. They also have 3 optional tests that the anti-virus programs can be evaluated on, they are: Proactive Test, Malware Removal Test, and Anti-Phishing Test. According to AV Comparatives documentation, “even the standard level/award requires a program to reach a good standard, although it indicates areas which need further improvement compared to other products. Advanced indicates areas which may need some improvement, but are already very competent.” Bottom line, even the “standard” rated products meet a basic level of competence that should be “good enough” for almost everyone.

With that being said, the 2013 Product of the Year Award went to Kaspersky Lab. So if you want to know what “the best antivirus” is in 2013, according to AV Comparatives it’s Kaspersky. At the same time, there were also 7 other Top Rated products. They are: Bitdefender, ESET, F-Secure, Avast!, BullGuard, Fortinet, and Avira. To see the full report, click here.

So back to the question of what do I think the best antivirus program is: I don’t think there is a “best.” Calling something the best might imply that a particular product is always good; something I know is not true. A product can be “the best” one year and not the next. A product can also be “the best” in one area but not in others. Rather than ask “what is the best,” I would rather ask “what is a good antivirus?” To me that’s a better question. For the past few years I have usually recommended AVG antivirus as a good solution for people needing an antivirus. I recommended it in part because it got good reviews, but also because it was free. I try to save my clients as much money as possible when fixing their computers, and a free antivirus is one way I can do that. However, these past 2 years AVG has not been scoring as well when compared to other solutions out there. It’s not to say that AVG is a bad product and does a poor job, only that there are other solution that are better.  For this reason I have been starting to recommend Avast! more. Now, some people might still have that “you get what you pay for” mentality (which I don’t always agree with) and think that a free product like Avast! cannot, as a matter of course, protect you as well as a paid product like ESET or Kaspersky. If that were the case, why would nearly half of AC Comparative’s top rated products be free offerings? Granted, some of the paid products might offer more features than the free ones (like an integrated firewall or some cloud back-up capability), but if you are not looking for / going to use those extra features then what benefit does the paid product have over the free one?