I like Linux. In fact, all of my computers have Linux on them. So back when I first found out about Android, I got really excited because Android is a kind of Linux. Why is this important? Because up until recently, I was still rocking my T-mobile G1. Yes, I know, it’s old. However, even now, it still works like a champ, but wow, did I make it work hard. The time finally came, however, that I needed to retire my G1 from service.

A few months ago, I was doing some work for Kaled of Signum Lux when he gave me a nice surprise. He had just recently upgraded his phone and no longer needed his HTC Desire HD. Now, we have been friends for a while, and he knew that I was still rocking the G1, so he just gave me his old HTC Desire HD! Score, free phone! Problem though, the Inspire is for AT&T, and I use T-mobile. But I wasn’t going to let that stop me. I know that AT&T and T-mobile share some phone frequencies, that’s why people can use the AT&T iPhone on T-mobile, so chances were that if I could root and unlock the phone, I would be able to use the Inspire with T-mobile. This is where The Advanced Ace Hack Kit comes in.

The The Advanced Ace Hack Kit is an all inclusive root / unlocking tool from the fine people at XDA. I won’t go through all the details, but suffice it to say, it worked like a charm to root HTC Desire HD. I am now running the latest JellyTime rom, which is based on Cyanogenmod, and using the phone on T-mobile. I’m a little sad that I only get edge on the phone (most of the time), but hey, you can’t win them all

As for my old G1, it has been retired to use as a remote control for my XBMC media server and a remote for Amarok on my personal desktop/laptop 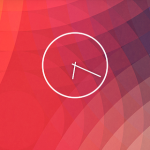 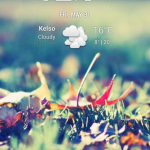 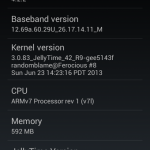