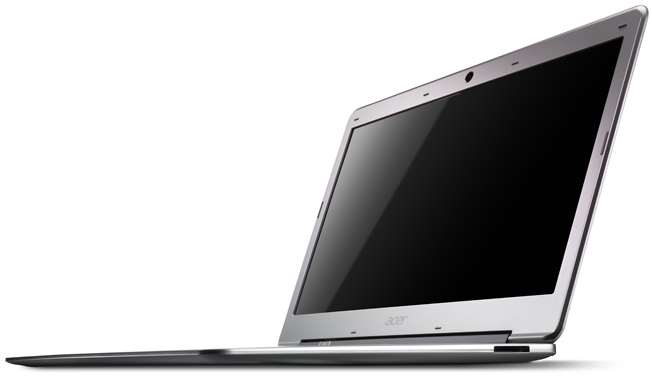 Not too long ago, Intel began this push for something called an “ultrabook”. The idea was to drive manufacturers to produce very thin, lightweight, energy efficient laptops not unlike an Apple Macbook Air. Now, I’ve worked on Macbook Airs before doing things like replacing screens, hinges, hard drives, etc etc, so working on an “ultrabook” should be no problem. Sure enough, taking one apart was easy. 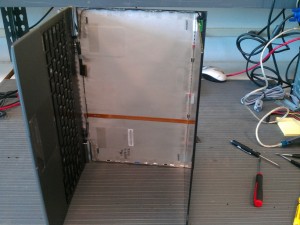 For this particular job, I needed to replace a broken screen. Its a little sad, really, but the lady who owns this thing managed to break the screen after owning this computer for, at most, a month and a half. At first I was afraid that the bezel around the screen was going to be similar to a MacBook Air’s where the bezel is almost glued to the back cover, making the replacement of just the LCD very difficult. Luckily for me, this “ultrabook”is smilar to other non-apple laptops where the bezel is “snapped on” to the back cover rather than glued together. 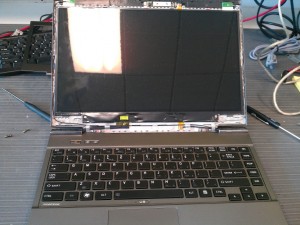 Once the bezel was taken off, it was just a few more screws and one cable to take out before the LCD was free. Finding an actual replacement part for this screen might prove to be a bit more challenging, given how new an “ultrabook” is, but that is a story for another day. 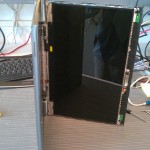 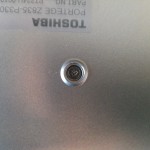