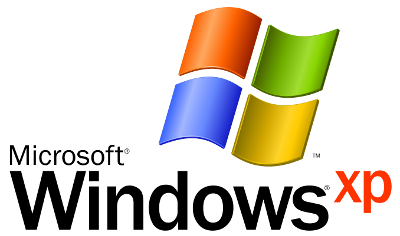 Windows XP will soon reach the end of its life

I suppose the first question that will need to be answered is, what does “end of support” really mean? End of support refers to the date when Microsoft will no longer provide monthly windows updates, automatic fixes, or technical assistance.

Okay, so what does that mean for the user?

All this simply means is that you will no longer be able to receive the monthly critical security updates that can help protect your PC from harmful viruses, spyware, and other malicious software that can steal your personal information.

Is there anything the user can do about it?

Honestly, no, there isn’t anything that you can do about the fact that Microsoft is going to kill support for Windows XP. However, just because there is no longer going to be any support from Microsoft, doesn’t mean that Windows XP is just going to stop working. Windows XP will continue to work in the same way that Windows 2000 still works, or in the way that Windows 98 still works. Basically, less and less programs will be written for Windows XP as it gets older and older and programers more on to new things. It will also become harder and harder to find new hardware that will be compatible as drivers phase out support for XP.

To Recap: You should replace Windows XP because…

Should I buy a new computer or upgrade what I have?

This, my friends, is the million dollar question, which, honestly, has no “right” answer because it all depends on your individual circumstances. Practically speaking, however, unless you currently have a dual-core processor and at least 2 gigs or ram, upgrading is not really recommended. Another thing to consider if you are thinking of upgrading is cost. As of 12/11/2012, the cost of just the windows 8 software (here) is / was 69.99; software for a Windows 7 upgrade costs around $120 (see here).

On the lower end, some places might charge $80 for installing Windows. A more complete solution (including an initial diagnostic, data transfer, and maybe a few other things) might run you around $120. So, on the higher end, the entire upgrade might run somewhere around $240. At that price, the upgrade might still be worth it for some people, for others, the fact that they can buy a newer computer for another $150-$200 might make the upgrade less attractive. That being said, if you think you can manage the upgrade on your own, more power too you, just keep in mind that if you accidentally erase all your data trying to upgrade to another operating system, there will be an additional cost to try and get your data back.

If I buy a new computer, or upgrade the one I have, will my programs still work?

This is most likely the biggest reason that people are staying with Windows XP right behind cost. The truth is, the chances that your software will work as intended with newer versions of Windows get smaller and smaller the older your software is. The good news is that most companies have released newer versions of the same software that are now compatible with Windows 7 and Windows 8. The bad news is that those upgrades also cost money. So what are you supposed to do? Well, one answer is to just continue using Windows XP; I would not recommend doing this. Another answer is to just bite the bullet and buy new everything; sometimes this is not possible due to cost. You can also try to install all your older software and hope it works. If it does, great, you are back in business. If it doesn’t, you are back to square one. So what else can be done? Another answer is virtualization.

This is a hard question to answer, however, you can think about Virtualization as running an operating system in a “bubble”, or running two operating systems on the same computer at the same time. For example, when I turn my computer on it runs PCLinuxOS 2012, once it’s running, I can start a program and also run Windows XP, Vista, or Windows 7. 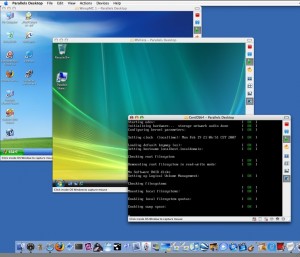 This can be helpful because now you can have all the benefits of running the newer versions of Windows, OSX, or Linux, and at the same time run an older version in a “bubble” so you can still use your older software. The nice thins about doing this is that anything that happens in the “bubble” stays in the “bubble” and doesn’t affect the main operating system. It is even possible to make a copy of your current computer and convert it into a “bubble” that you can run inside your new computer. Pretty neat right?

The over all best advice is to upgrade to a newer computer and newer software. If that is not possible, then getting a new computer and turning your old one into a “bubble” might be your next best bet if the software you need to run doesn’t work correctly on Windows 7 or 8. Either way, staying with Windows XP is not a good idea.